Health officials lifted California’s stay-at-home order on Monday, allowing gyms and restaurants to partially reopen. The order prohibited private gatherings of every size, strengthened mask-wearing requirements, and closed most businesses except for critical retail and infrastructure.

The new restrictions were announced on December 3 to cope with a rising wave of hospitalizations, and were enacted in the San Joaquin Valley after its intensive care unit capacity dropped. State officials said in a press release Monday that four-week projections of ICU capacity for the region (as well as the two other areas of the state still under the order) had risen above 15%, allowing restrictions to be lifted.

The ICU calculations are based on the region’s current ICU capacity, the proportion of ICU cases being admitted, regional case rates, and a measure of community transmission. However, the state has not released the full details on how the projections are made.

“COVID-19 is still here and still deadly, so the work is not over, but it’s important to recognize our collective actions saved lives and we are turning a critical corner,” said Dr. Tomas Aragon, the director of the California Department of Public Health.

With the stay-at-home order lifted, restrictions will now be determined at the county level using the state’s system of colored tiers. Like the vast majority of California counties, San Joaquin County will be in the most restrictive level, purple.

Under the purple tier, restaurants can open for outdoor dining, and retailers can operate at 25% capacity. Gyms and fitness centers can only operate outdoors, while hair salons are allowed to open indoors with modifications.

The end of the stay-at-home order will be a welcome respite to local businesses, many of whom have chafed at the state’s restrictions, calling them chaotic and arbitrary. The Lodi and Stockton chamber of commerces, for example, signed a letter to state officials criticizing coronavirus restrictions, and the San Joaquin Board of Supervisors has weighed a legal challenge against the state’s stay-at-home order.

Despite the good news for businesses, most San Joaquin schools will have to wait until the county is in the red tier for at least five days to reopen. The exception is districts such as Manteca Unified, which reopened earlier this month despite the stay-at-home order because it had resumed in-person learning in November, when the county was still in the red tier.

Newsom recently unveiled a $2 billion spending plan to reopen schools beginning in February. The state also launched a dashboard consolidating information for in-person learning, which is eventually expected to include a map tracking every school district’s reopening status.

For now, San Joaquin’s COVID-19 numbers are significantly above the thresholds to move into a lower tier. The county is currently averaging roughly 675 new cases a day, or 88.7 per 100,000 people. It has a positive test rate of 17.2%, with a health equity metric (the positivity rate of the lowest socioeconomic 25%) of 20%. To move into the red tier, the county has to have fewer than 7 daily cases per 100,000 and have the positivity rate and health equity metric below 8%.

And despite a new national strategy for vaccinations unveiled by President Joe Biden, California’s distribution is still flagging. The state has administered approximately 2.3 million doses, and roughly 4.7% of the population has received at least one shot. This puts the state 44th out of 59 of the country’s states and territories.

San Joaquin County recently came under fire for giving out some doses to the general public at a site in south Stockton. Currently, only long-term care residents, healthcare workers, and people over 65 are supposed to be eligible for the vaccine. 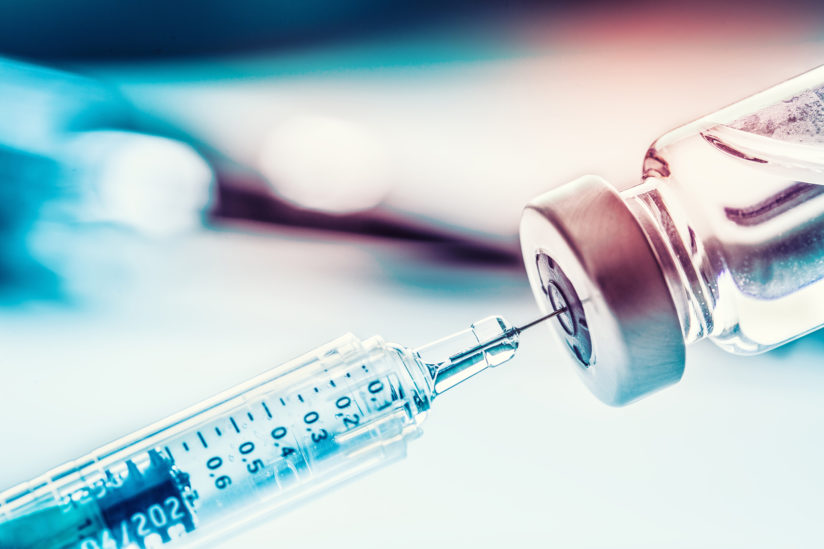 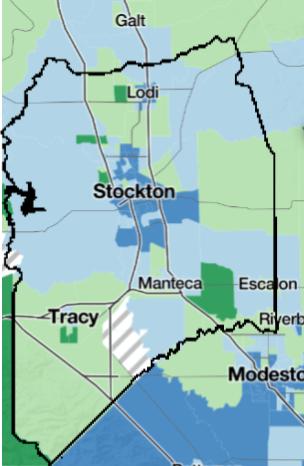