Sandra Chan is a candidate for the Lincoln Unified School District Board of Education in Trustee Area 4. The district covers the Brookside area south of March Lane and extends east all the way to Pacific Avenue. The incumbent trustee and current president of the board, Kathleen Solari, is termed out this year.

Chan currently has two children in Lincoln Unified schools. She served as an executive officer on the John McCandless STEM Charter PTSA and was also on the school’s site council. For the past eight years, Chan has been on the board of the Children’s Museum of Stockton, as well as for another nonprofit that will be operating a camp on Catalina Island in January.

Chan worked for a homework assistance program as a student at University of California, Irvine, and earned bachelor’s degrees in comparative literature and French literature. After graduating, she worked in marketing and public relations in the Bay Area tech industry while volunteering in an east Palo Alto tutoring program focused on underserved students. She moved to Stockton in 2005 after marrying her husband Clarence, a Stagg High School graduate.

The majority of Lincoln Unified students are still in distance learning, which is likely to still be going in some capacity when the new trustee is seated. Chan stressed the importance of giving families options while students are online, as distance learning is a “hard situation all around”. For example, she would like to investigate the possibility of independent study as an alternative to the district’s current fully online model.

Back in July, when a return to in-person learning was being planned, the district had offered three options for students: fully in-person, fully online, or independent study with weekly teacher check-ins. When it became clear that schools were not going to open physically, only the online method was kept.

“I don’t know what all went into the decision not to offer that independent study. I’m sure there were complications and factors that came into play… [but] I’d like to look into that, what was the reasoning behind that, having not been on the board”, Chan said. “I don’t like to go into situations where I think I know everything, because I think that gets you into a lot of trouble, regardless of who you are... I’m not saying I have the answers. I’m saying I want to ask the questions.”

Chan also proposed taking input on school reopenings from the wider community, not just staff and families. “Whenever we do send kids back to school, even in hybrid, that affects our communities. It’s not just families with school-age children… it’s concentric circles”, she said.

The new trustee will also likely have to deal with budget cuts due to the economic downturn from COVID-19. California avoided cuts for education this summer by issuing deferrals. However, if funding does not perk up to fulfill the delayed payments, then the state will either have to cut spending or issue more deferrals.

Chan said it would be unfair of her to say right now what programs would have to be short-changed if (or when) there are funding shortages. She said that one of the first things she would want to do, if elected, would be to sit down with the district’s chief financial officer, go through the district’s budget, and have them explain the details of the different sources of funding and what they can be used for.

Chan also did say that college readiness and vocational programs were particularly important, “which makes me sad because I know that often times, when budget cuts come, that things like music and the arts get short shrift. Personally, I want music and the arts, but we have to look at student success and getting them what they need for college, university, or career.”

Outside of COVID-19, the issue of charter schools is also likely to come before the board in the next term. Aspire Public Schools, which has eight schools in Stockton, petitioned the district in January to open a charter, but was unanimously voted down.

Aspire Central Valley Region superintendent Anthony Solinas said that the organization was not giving up on the petition just yet. Lincoln Unified already has one charter school, John McCandless STEM Charter School, which is dependent.

The last issue brought up doing the interview was how the board could help Lincoln schools challenge high-performance students, while ensuring that average or underserved students are educated equitably as well. Chan discussed the AVID (Advancement Through Individual Determination) program that has been previously used at Lincoln High School, which targets minority, low-income, and first-generation college students to prepare them for college. Chan said that she would be interested in programs like that to increase student achievement.

She noted that Lincoln Unified does not have very many resources outside of the summer GATE program to support high-achieving students. “I think they are also trying to address the underserved, but again, continuing to look at all of the low, medium, and high performers… not singling one out over the other.”

Disclosure: the relatives of the author of this article have a social relationship with the candidate.

An article will be published in the coming days about the other candidate in the race, Deeann Moore Antonini. 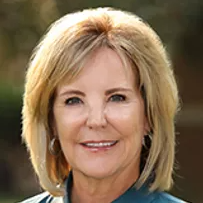