In a special meeting Tuesday, the Stockton Unified School District Board of Education approved an investigation into a possible conflict of interest by trustee Lange Luntao. The inquiry concerns a vote taken last April over the addition of six new charter schools to the district (approved 7-0). At the time, Mr. Luntao was eleven months removed from teaching early college sociology at Aspire Langston Hughes Academy, a charter school in Stockton Unified. He was president of the board during the vote.

The proposal was prepared by trustee Scot McBrian, who said he brought the issue to the table out of public outcry. The board voted 4-3 to hire an investigator from the Oakland firm Burke, Williams, and Sorensen to determine if Mr. Luntao had a conflict of interest while voting on the addition of the schools. The investigation will be paid out of the district’s general fund. Cecilia Mendez, Kathleen Garcia, and Maria Mendez joined Mr. McBrian in approving the motion, with Mr. Luntao, AngelAnn Flores, and Candelaria Vargas voting no.

Mr. McBrian cited that only 11 months had passed between Mr. Luntao’s last day at Aspire and the vote, and that such may be a violation of Section 1090 of the California Government Code. He also claimed that the Reinvent Stockton foundation, of which Mr. Luntao is executive director, stood to benefit financially from the addition of the charter schools. However, on Monday, Mr. Luntao sent an email to Mr. McBrian stating that he had brought the matter to district counsel, who told him, “Based on the current guidance from the FPPC and case law there is no statutory conflict of interest.”

The decision of the board came less than two weeks after Stockton Unified School District went back to school fully online. Mr. Luntao said during Tuesday’s meeting that, “This is the wrong time for this wrong conversation. This is such a waste of district resources when we are trying to harness distance learning.”

The investigation is representative of Stockton’s increasingly bitter political divisions. This morning, Mayor Michael Tubbs tweeted out a petition to have trustees Maria Mendez and Mr. McBrian (who voted for the investigation into Mr. Luntao) recalled. Mr. Luntao is closely affiliated with Mr. Tubbs, having served as field director for his 2012 campaign for Stockton City Council. Mr. Tubbs is on the Board of Directors of the Reinvent Stockton foundation. It should be noted that Tubbs was not the one to start the recall; it was launched in July by a group called Families for a Better School Board.

The petition notes that trustees Mendez, McBrian, Cecilia Mendez, and Kathleen Garcia voted to accept the resignation of Superintendent John Deasy on April 21. It alleges that the members violated the Brown Act, which guarantees the public access to meetings of local bodies, by holding the vote in a closed session. The recall petition also cites the trustees’ handling of school closures due to the pandemic.

Many of the positions taken by Ms. Mendez and Mr. McBrian have also been supported by 209 Times, a news source founded by former 2020 mayoral candidate Motec Sanchez. The recall petition heavily criticized Mr. McBrian for supposedly using talking points from the organization to support an investigation into Mr. Luntao. 209 Times has also taken a very anti-Tubbs stance since his election, as their social media can attest.

Mr. Luntao has not yet responded to a request for comment. He will be up for election in November against two opponents: Ray Zulueta Jr., a local educator, and Gabriel Casillas, the youth pastor at St. Bernadette’s Church. 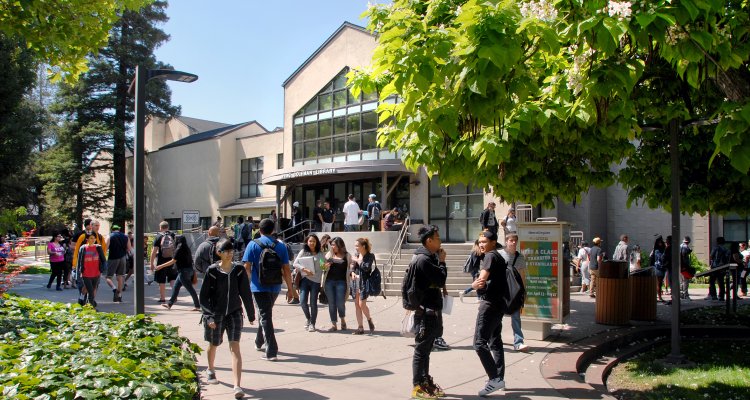 Three Seats up for Contest on Delta College Board of Trustees