A San Joaquin County civil grand jury found that the board of the Stockton Unified School District has “failed, and will continue to fail, to effectively lead the district”, according to a report released Wednesday. The 33-page document entitled "Dissension, Dismay, and Disarray" is the result of more than 30 interviews of current and former trustees, superintendents, union leaders, education personnel, and other individuals, along with reviews of board meetings, complaints, policies, and other documents. The jury initiated its investigation of the board members following numerous complaints and media accounts of conflicts within the district and among the trustees.

Stockton Unified officials confirmed to the Stockton Record on Wednesday that they had received the report and are working on a formal response to be released next week. Board President Cecilia Mendez said in a statement she is confident that the district "will make great strides". Superintendet John Ramirez Jr. said that he is "committed to making SUSD one of the top performing districts in the state."

Here are six key takeaways from the report.

1. The board is directly responsible for the district’s high rate of superintendent turnover.

Stockton Unified is well known for having a so-called revolving door of superintendents; 11 people have served in the role since 2005, none for more than two years at a time. The report attributes this to the board’s combative behavior, citing research that “poor relationships with the school board, caused by ineffectiveness and conflict are found to be important predictors of superintendent departures.” The short tenure of superintendents then makes it easier for board members to “act inappropriately”, creating what the report calls a “vicious cycle.”

The report also said that the departure of superintendents before the end of their contract puts strain on the district’s financial resources, as they are still paid in full. Former superintendent John Deasy, for example, was paid $320,000 for the last year of his three-year contract after leaving in April 2020.

The report recommended that the trustees undergo governance training by November 1 to remedy the problem.

2. The trustees have routinely ignored established hiring practices with regards to the superintendent and outside legal counsel.

Superintendent John Ramirez Jr. was hired as interim superintendent in February 2021 following his work for the district as a consultant, with the board making his position permanent in May. However, the report claims the trustees did not follow the policy (unanimously approved in May 2020) of obtaining feedback from students, staff, and other community members in order to select a permanent superintendent.

Previous permanent superintendents were selected after “in-depth background checks were conducted, references were checked, and previous employers were questioned”, it notes, along with stakeholder input and interviews. However, “none of these procedures were used to hire Mr. Ramirez.”

The board also disregarded its own bylaws in retaining the law firm Burke, Williams & Sorensen, LLP in May 2020, the report said. The superintendent is supposed to issue a request for proposal (RFP) that allows multiple firms to offer their services, but that was allegedly never done. In contrast to previous contracts with new attorneys, the board also did not receive multiple proposals or use an interview or scoring process in retaining Burke, Williams & Sorensen, LLP.

It also took the unusual step of retaining the firm solely to represent itself, rather than the entire district. Additionally, the report cited concerns among jurors that “some, but not all, of the board members, appeared to have known in advance about the plan to hire an attorney with Burke, Williams & Sorensen, LLP”, as some trustees had not seen the contract, qualifications, or even the name of the attorney until the board meeting. This would have been an apparent violation of the Ralph M. Brown Act, California’s law regulating open and fair access to meetings of public bodies.

The report recommended that the board publicly reaffirm its hiring practices regarding the superintendent and legal counsel and include contracts and other relevant documents with the agenda when hiring legal services. It also proposed that the trustees complete additional Brown Act training by November.

3. The trustees exhibited chaotic and dysfunctional behavior during meetings that has hindered the district’s progress.

“The trustee behavior at the meetings has been described as watching your parents fighting in public,” the report reads. It claimed that trustees in the board’s voting minority were often not allowed to fully express themselves, identifying three consistent patterns:

• A minority-voting trustee is interrupted in discussion with shouts for order, without clear reason.

• Trustees are muted while they are speaking, supposedly in line with the Brown Act. However, jurors found that the board has no policy for muting members, and the subject is not addressed in the Brown Act.

The report also took issue with the board’s three-minute limit for trustee speeches. While public comments are frequently given a time restriction, it is rare that board members themselves are limited in their speaking. The report recommended that the board leadership cease “to arbitrarily limit discussion by any trustee when addressing agenda items.”

Chaos at the board meetings was also a major factor in the resignation of the student member in February. The report called for the position to be filled by September 30.

The report also questioned the board’s decision to censure members AngelAnn Flores and Candelaria Vargas in the past year over comments made during board meetings. It pointed out that the censure resolutions did not detail any specific actions or violations by the two trustees, which is required by district policy.

The report asked the board to limit its use of censures and publicly agree to adhere to its Governance Norms.

4. Trustees frequently overstep their authority by managing individual employees and bypassing the superintendent.

The report found that some trustees often sidestepped the superintendent in dealing with complaints or tasks, instead going directly to individuals. In the case of employees, this placed them in an “untenable position. Their boss is the superintendent, and their boss’s boss is the board.” According to the report, some trustees even asked for specific administrators to be fired.

Guidelines from the California School Board Association (CSBA) on the role of board members do not include the day-to-day management of the district. Instead, “effective school boards expect the top school administrator to successfully lead the district, giving leeway for the superintendent to make administrative decisions,” the report reads.

The report recommended that the trustees publicly review and agree to follow the CSBA Governance Standards.

The report found that more than 17 complaints between board members were incorrectly filed with the Constituent Services Department, which deals with employees, students, parents, and staff, but not elected officials. Additionally, none of the complaints involved a violation of law or policy. The report claimed that hundreds of thousands of dollars went into vetting the complaints, “none of which have been upheld.”

The report also identified a pattern among complaints filed by union leaders against trustees, particularly those in the board’s voting minority. “These complaints appear to be a part of an organized effort, as many are similar, and at times, identical,” it concluded.

The report called upon the district to stop accepting and investigating all trustee complaints against each other, and for the trustees to complete training about the appropriate roles of the board.

6. Public trust in the board has been undermined by inaccessible meetings and public comments, inaccurate meeting minutes, and the dissolution of board subcommittees.

Like most public bodies, the Stockton Unified board took to online meetings in March 2020 due to the pandemic. However, live video is not available during meetings, and many trustees have their cameras off in the recordings released afterwards. The report called for the board to resume in-person meetings by August, along with beginning to live stream them in September.

Jurors also found changes and omissions in the meeting minutes when comparing them to video recordings of the meetings. They noted that on several occasions, a voting-minority trustee specifically requested that the minutes reflect a certain point, only for that point to not be included. The report adds that eight meetings in 2020 and four meetings in 2021 did not have meeting minutes at all.

The report found a similar accessibility issue with public comments, which were no longer included in the minutes as of February. It recommended that the district make all comments available by contacting the district office, along with posting “accurate and complete minutes” within 30 days of each meeting.

The report also called upon the board to revisit its March decision to disband five of its subcommittees, which had given staff members the opportunity to work side-by-side with trustees. The 4-2 decision was supposed to be due to budget cuts, even as the district received tens of millions of dollars in federal coronavirus aid. 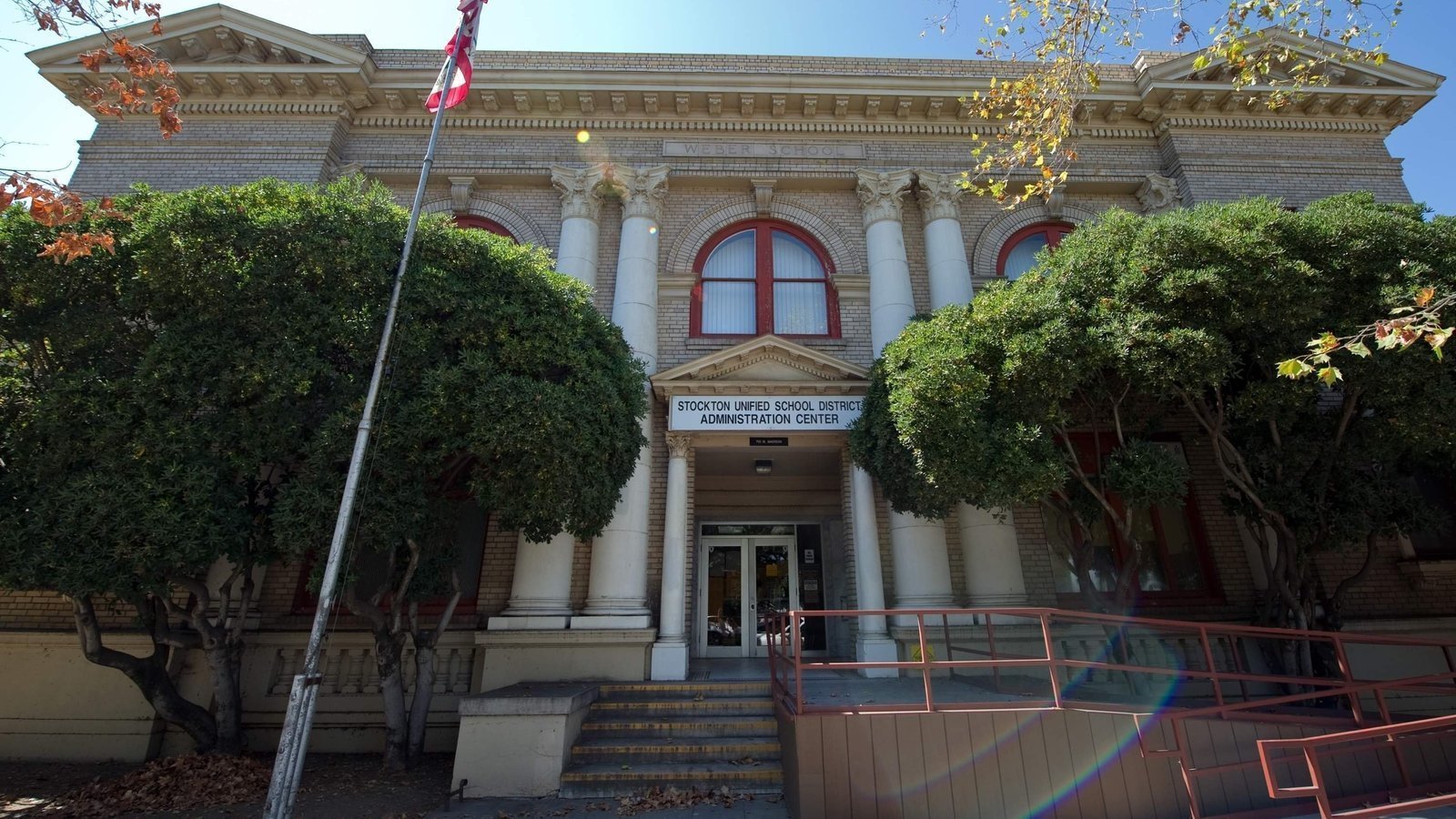 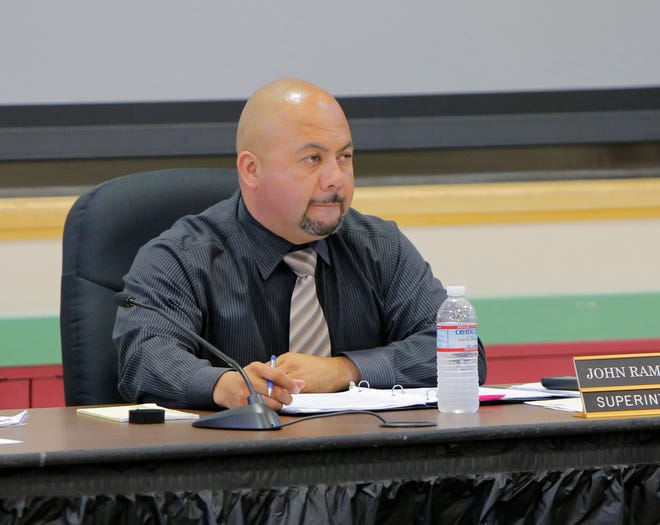