A Kevin Lincoln billboard at Lincoln Center in January

It’s a frequent saying among campaign organizers: “yard signs don’t vote.” The statement, which asserts that yard signs are an unhelpful and insignificant form of voter contact, was put to the test by Kevin Lincoln’s campaign for Stockton mayor this election cycle.

An informal glance at Stockton neighborhoods reveals a plethora of Lincoln signs, a quiet indicator of his growing voter base. After taking second place in the March primary with less than half the vote of incumbent Michael Tubbs, Lincoln now holds a lead of 2,403 votes in the general election. The race has not yet been called.

Tubbs was elected as the city's first Black mayor in 2016 with more than 70% of the vote. This was partly due to the fact that that his opponent, incumbent Anthony Silva, had been arrested in August for playing strip poker with minors.

During his campaign, Lincoln argued that Tubbs was disconnected from Stockton residents and more concerned with his political career. His civic engagement initiative claims that Tubbs is “lackluster” and “absent” in dealing with his constituents, and his barn signs display the slogan “public service, not politics.”

Tubbs has indeed gained a widespread national platform after just four years as mayor, in part due to his idea of universal basic income. California Democrats have viewed him as a potential candidate for statewide office. He was a national co-chair of Michael Bloomberg’s presidential campaign, became the subject of HBO's documentary Stockton On My Mind, and was recently named to Forbes’ 30 Under 30 List.

Tubbs has also received recognition for launching the Stockton Scholars program, which supplies scholarships and financial support for college-bound high school students. He has been endorsed by Governor Gavin Newsom and Senator Kamala Harris, as well as Barack Obama in 2016.

However, some issues in Stockton have worsened. A study of Stockton’s homeless population in 2019 by the San Joaquin Continuum of Care found that it had tripled since 2017, from 311 to 921 people. Homeless camps have been dogged by fires and garbage problems.

Crime, a chronic problem in the city, has been a mixed bag. Overall numbers as of September have decreased almost 20% from last year, but there has been an increase of more than 27% in homicides, from 29 to 37.

Tubbs also attracted criticism from some north Stockton residents over Swenson Public Golf Course. In December 2017, he raised concerns about spending $850,000 to subsidize the course, along with Van Buskirk Golf Course, while the city’s other parks were not being adequately maintained. Among the ideas floated to replace Swenson was a mix-used affordable housing development. Many residents felt that they had not been adequately consulted on the matter.

The Stockton police and firefighters’ unions cited Lincoln’s stance on homelessness as a key factor in their endorsements. The organizations gave a combined total of $42,000 to Lincoln’s campaign, which also received $1,000 from the Save Swenson Park organization.

The two candidates also had very different donor bases. Out of Tubbs’ 47 donations over $1,000 since July 1, 25 of them, totaling $52,000, were from individuals in the Bay Area or Southern California.

Some organizations closer to Stockton also gave significantly, including $15,000 each from Spanos Family Management and the Service Employees International Union Local 1021. Tubbs has also done significantly better than Lincoln with small donors (those who gave less than $1,000 at a time). They make up almost a quarter of his fundraising since July 1. Lincoln’s proportion is roughly 16%.

In contrast, Lincoln received more money from businesses than any other donor group. These which were largely located in the Stockton area with exceptions in Phoenix, Roseville, Rio Vista, and Walnut Creek. He raised $88,000 from a total of 28 businesses.

Local social media outlet 209 Times also played a part in tipping the election towards Lincoln. The blog has repeatedly run articles attacking Tubbs and other San Joaquin political figures for corruption, often with dubious statements or unsubstantiated sources. A recent example was with the San Joaquin County Fairgrounds, where 209 Times claimed that Tubbs closed the site to make it into a homeless shelter. The accusation has been refuted by Tubbs, Stockton Shelter for the Homeless CEO JoLyn McMillan, the Stockton Record, and other local organizations.

209 Times founder Motecuzoma Sanchez has plainly said that the goal of the organization “isn’t to be fair or balanced”, per the Los Angeles Times. “We are not asking their side of it. We are telling you what we know. We never tried to hide our bias,” he said.

While Lincoln’s lead has grown from a few hundred to a couple thousand votes since the first results were released on Tuesday night, the race is far from over. The current results from the San Joaquin Registrar of Voters are only considered “semi final”, and many provisional and mail-in ballots still needed to be counted.

Tubbs, a Democrat, told the Associated Press that “the current vote count reflects an overabundance of conservative voters, which will be radically different once all the votes are counted.” Lincoln, a Republican, said that he was feeling “pretty good” about his chances. 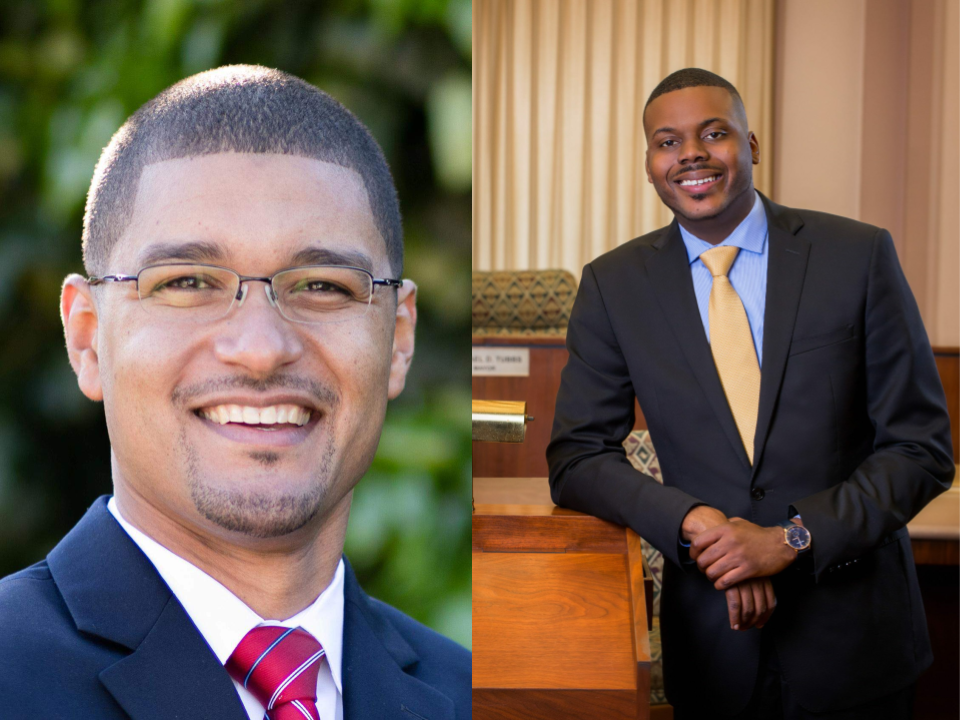 Tubbs and Lincoln Neck in Neck in Raising, Spending