The school boards of Manteca and Lodi Unified School Districts approved a return to limited in-person learning for at-risk students during their meetings this week. Both districts will be grouping students and staff into 16-person cohorts that will not mix or interact during instruction.

Students with disabilities, English learners, students at higher risk of “further learning loss”, abuse, neglect, foster youth, and homeless students will be given priority. However, schools will not exceed 25% of their capacity.

Cohorts are limited to 14 students and two adults. The state Department of Public Health has directed that students who live or carpool together should be placed in the same group, if at all possible. Groups will likely be meeting for only a few hours a day. Students from kindergarten to 12th grade are eligible for this avenue to resume in-person instruction.

Multiple Lodi Unified trustees specified that special education students should be given priority in returning in-person. Other groups will still be included in the cohort planning. However, neither the Lodi or Manteca districts have specified what constitutes students that are at risk of “further learning loss”, given that term could be applied arbitrarily to most students during distance learning.

Manteca Unified adopted a similar policy during its board’s Tuesday meeting. The district will also be applying for a waiver that would allow kindergarten through sixth grade students to begin returning to physical classes. 17 San Joaquin schools have already been approved to resume in-person instruction.

The decision by the board came after some 60 parents, students, and staff picketed outside the district offices to resume in-person instruction.

However, not all K-6 students will be able to return immediately. As seen in other San Joaquin schools, kindergarteners through third graders will likely be given priority, with older students phased in at later dates. Distance learning is substantially more difficult for younger students, who are also much less at risk of being seriously impacted by COVID-19.

Middle and high school students who are not in one of the specified at-risk groups will have to wait to return to school until San Joaquin moves to a less restrictive tier in the state’s COVID-19 monitoring system. The county has been on the highest-risk level, purple, since the launch of the system in late August.

This is not to say that case numbers have not been improving. As of September 14, San Joaquin County had a positivity rate of 7.1% and a daily case rate per 100,000 of 9.5. The county’s 7.1% positivity rate actually meets the requirement for the next tier up, red, which is for counties between 5% and 8%.

However, the daily case rate metric must be at least 7 per 100,000 in order to move up. Additionally, San Joaquin must meet those requirements for at least two weeks. Once the county is out of the purple tier, classes for all students will be able to resume slowly. 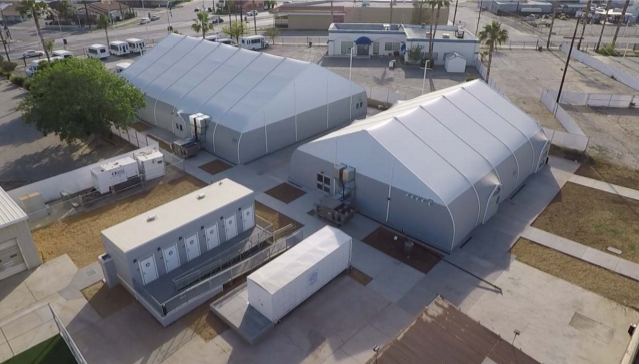